On 24 and 25 November 2022, the project partners of INGREEN met for the final Steering Committee meeting. This consortium meeting was hosted by AVECOM in Ghent, Belgium. We looked back at 3,5 years of successful collaboration in which the predefined objectives and more were achieved. In short, the project goals were as followed: The […]

The INGREEN journey from agrifood sidestream to sustainable biobased products 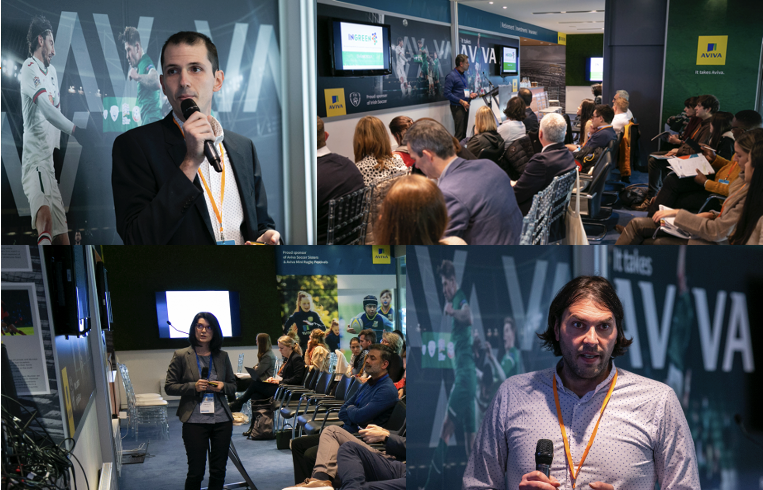 The INGREEN project hosted a special session at the 36th EFFoST International conference in Dublin, Ireland on 8 November 2022. A number of project partners presented the final results of the project to an audience of food scientists and technologists. The main premise of this special session was to provide information on how tailor-made sustainable […]

Access the recordings of the third INGREEN workshop ‘The milling multiplier effect: Developing the next generation of biobased ingredients for consumer products – An industrial Collaboration’ held online on 28 September 2022. This online event showcased the INGREEN journey from the initial identification of the wheat and rye bran waste to value opportunity, including the […] 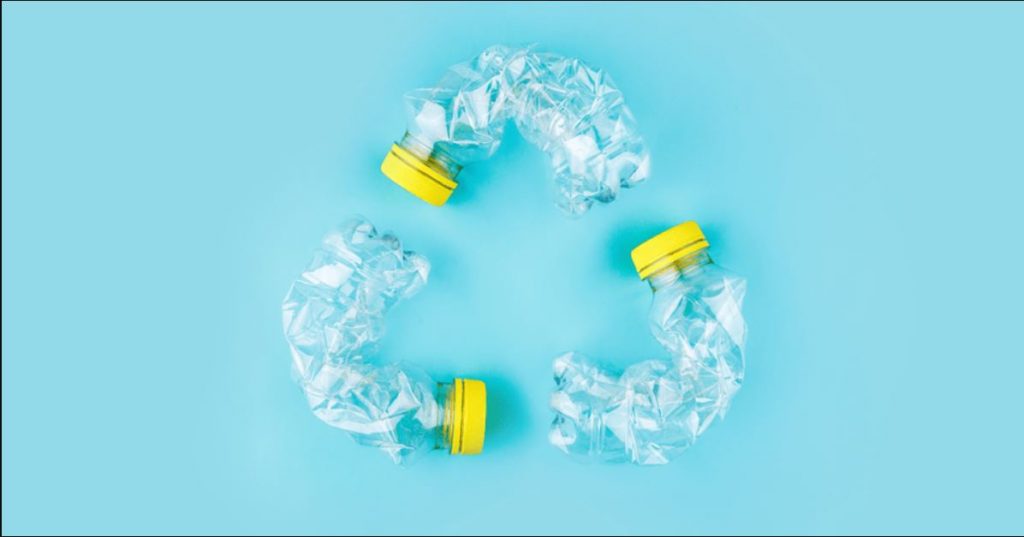 Despite the fact that biodegradable plastics are an effective method to minimize plastic contamination, it is also important to study their behaviour in different conditions like soil, freshwater, marine, or industrial compost. Hence, it is mandatory to realize individual end-of-life analysis of new plastic products. This must be done considering the properties and processing conditions […]

What is the difference between biobased and biodegradable plastics?

There is widespread confusion among consumers about the environmental impacts of different types of plastics. The umbrella term “bioplastics” is often used to describe very different materials, and the terms “bio-based” and “biodegradable” may be used interchangeably which can be misleading[1]. Bio-based plastics are fully or partially made from biological resources, rather than fossil raw […] 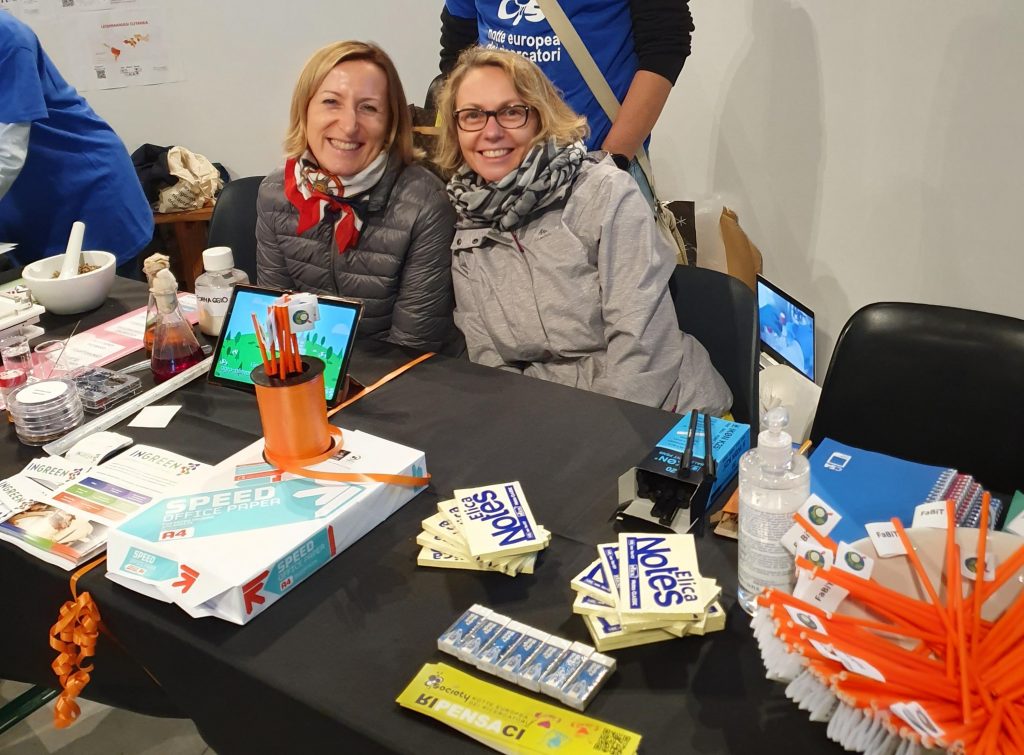 The European Researchers’ Night is a Europe-wide public event, which displays the diversity of science and its impact on citizens’ daily lives in a fun and inspiring way. This year, the event took place in 26 countries on Friday 30 September 2022. The UNIBO team involved in the INGREEN project attended the event in Cesena […]

The need to transition to biobased plastics 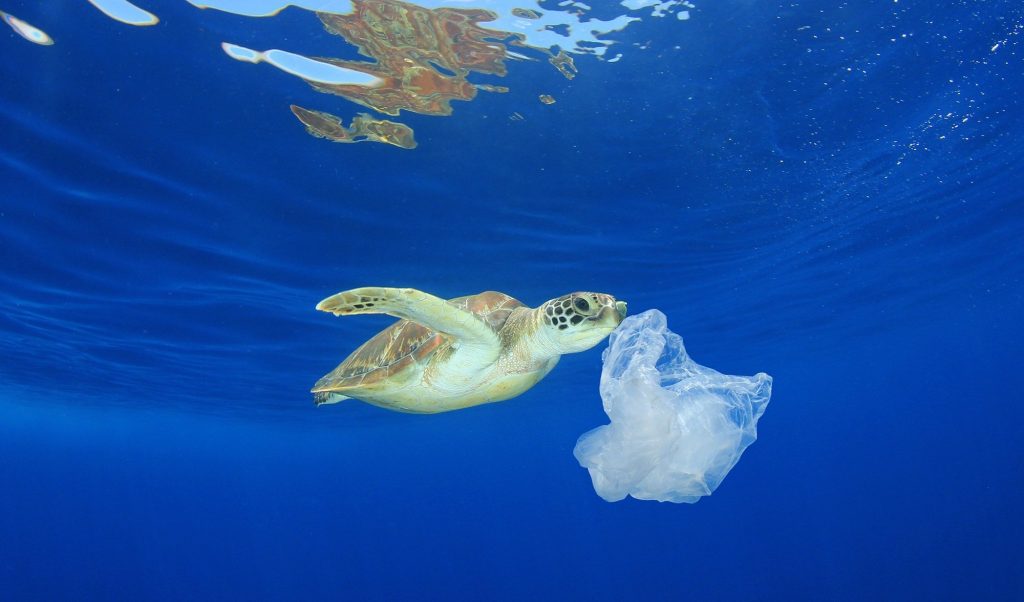 With more than 52,000 companies spread across the continent, and almost 1.5 million workers, the plastics sector is one of the most important in Europe. However, due to most of the plastic being made from fossil fuels, it is one of the main contributors to greenhouse emissions and resource depletion. On a global trend, plastic […]

INGREEN workshop on developing biobased ingredients from milling side streams 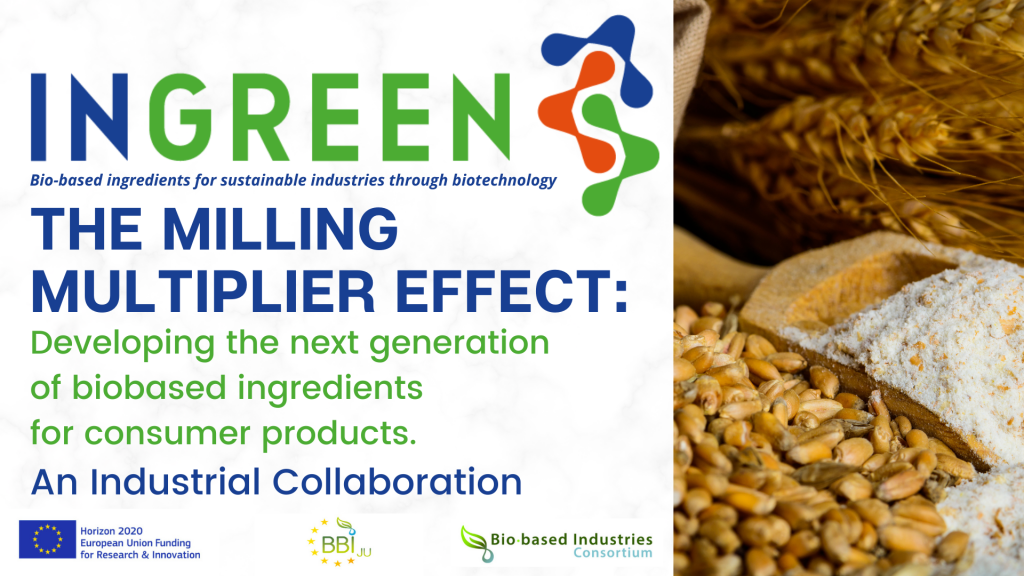 The third INGREEN workshop ‘The milling multiplier effect: Developing the next generation of biobased ingredients for consumer products – An industrial Collaboration’ will be held online on 28 September 2022. This online event is part of the INGREEN series showcasing key project developments from consortium partners Pivetti, University of Bologna, Depofarma, and Barilla and is […]

INGREEN presented at the Final Conference of DISTAL – Department of Excellence, 2018 – 2022  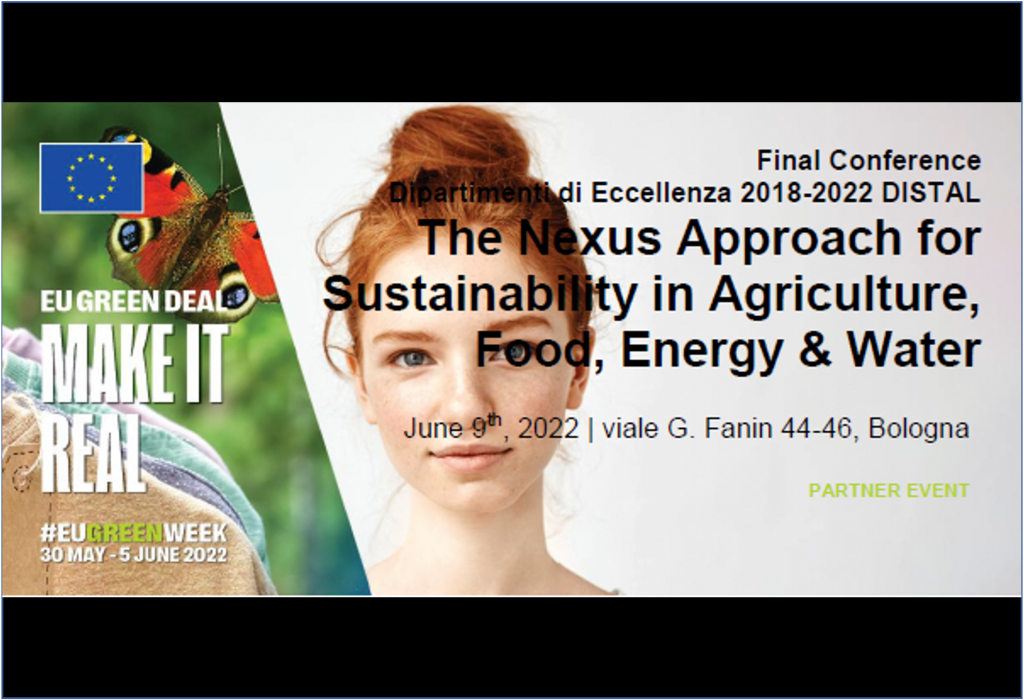 During the EU Green Week, the INGREEN project was presented at the Nexus Approach for Sustainability in Agriculture, Food, Energy & Water – Department of Excellence (2018 – 2022) DISTAL Final Conference. This event was held at the University of Bologna on 9 June 2022. Rosalba Lanciotti, scientific Coordinator of INGREEN and Director of DISTAL at the University […] 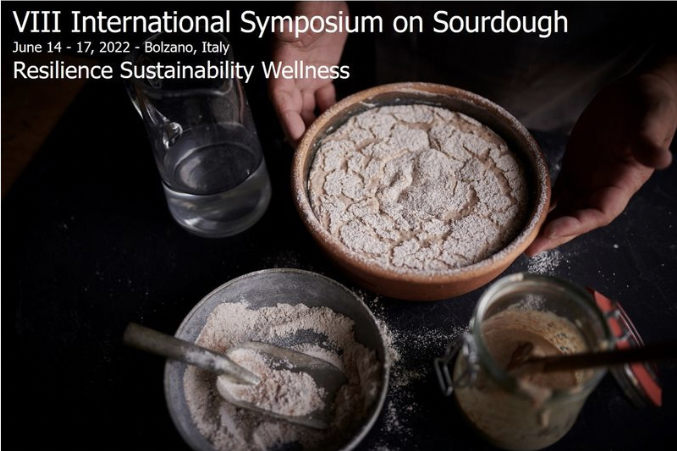 Lorenzo Siroli from the University of Bologna presented the improvement of functional and technological characteristics of pre-fermented ingredients obtained from milling by-products fermented by selected consortia of lactic acid bacteria and yeasts at the VIII International Symposium on Sourdough. In 2020/21 the global wheat production was an astronomical 772.6 million metric tons, which in turn […] 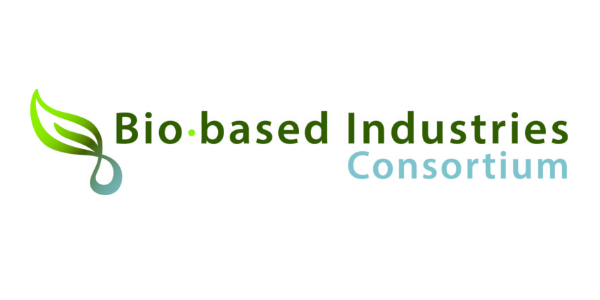 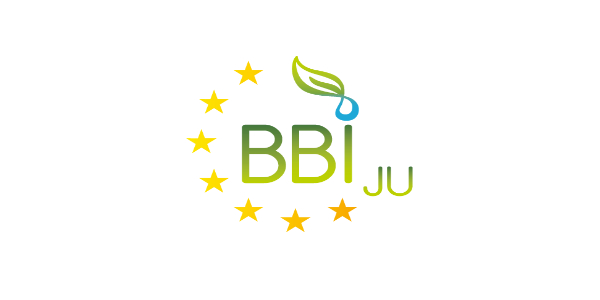